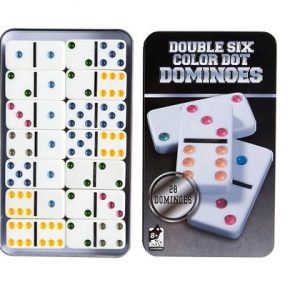 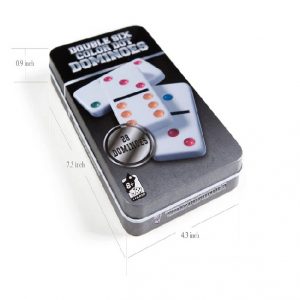 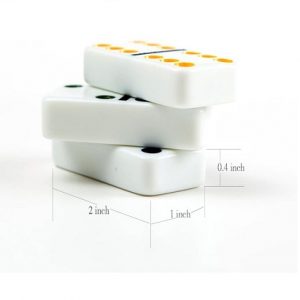 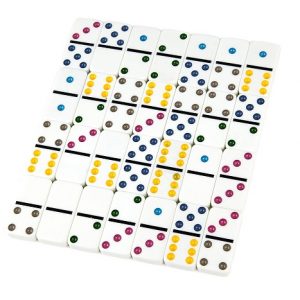 DOMINOES THE SIMPLEST WAY TO PLAY – Each person gets seven tiles and each price has to have a corresponding side. Blanks do not go, with any other tile besides their own dominoes for 2018 (blanks go with blanks, ones go with ones, twos connect to twos and so on). The game goes on until the game is locked or one person runs out of tiles

MEXICAN TRAIN DOMINOES – Is an additional train that anyone may play on during their turn. They can start the train by playing a domino matching the engine (the double played at the beginning of the round) or add to the train. Mexican trains can be added as long as a space remains

There are no reviews yet.

Be the first to review “Domino Tin Box” Cancel reply